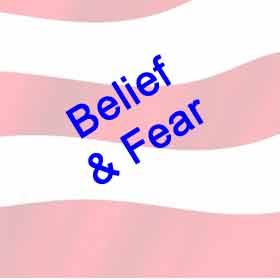 Fear is a reaction to some kind of a perceived threat.  Absent a high degree of emotional intelligence, fear in turn leads emotional, rather than rational, responses – often including anger.

There is a reason why anger is one of the seven deadly sins – it puts the primitive (animal) brain in control and shuts out the capacity for human rational thought.  Passive aggressive forms of anger – resignation and cynicism – can be even more insidious. Making the effort to obtain a better understanding of how the brain processes emotional upset and rational thought can pay big dividends.

Beliefs, fear and anger – destructive elements common to the personal context for living that now guides many individuals.

“I must not fear. Fear is the mind-killer. Fear is the little-death that brings total obliteration. I will face my fear. I will permit it to pass over me and through me. And when it has gone past . . . Only I will remain.” (1)